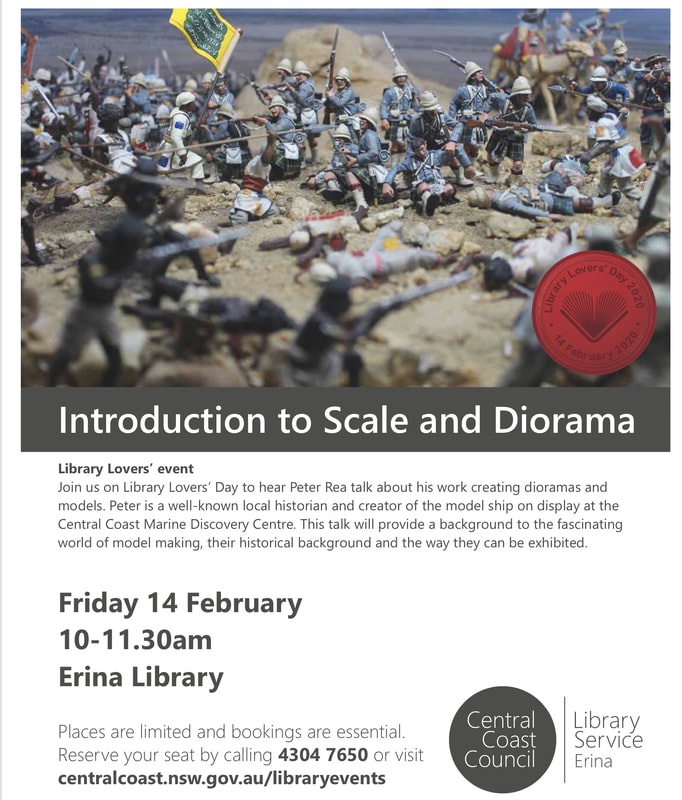 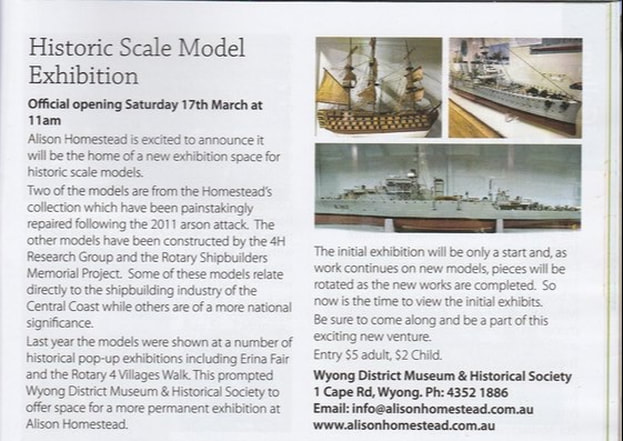 A special History Ferry Tour departs Central Wharf, Davistown right where the keel for Pat Cam was cut. Tour concludes 11.30am at the historic Palermo shipyard, Daleys Point, where the Pat Cam was built by Gordon Beattie, returning to Davistown at 11.45am. The ferry is equipped with a large A/V monitor and will display a graphics presentation along with live commentary.
Cost: $35 - Proceeds to the Patricia Cam Project and other historical projects.
Seats are limited with booking essential, please phone Central Coast Ferries: 0418 631 313 or
4HR, History and Heritage, Hunter to Hawkesbury Research. email: 4hresearch@gmail.com

12.00 noon
An informal Lunch at Davistown RSL Club, 19 Murna Rd. Davistown.
Cost: at your own expense, RSVP by 15/1/18. to determIne numbers.
Bookings to Graeme Davies phone: (02) 4384 5572 or 0416 276 363 or email gradav@ozemail.com.au.
If numbers are sufficient, a room will be booked and special mentions will be made of service and civilian personnel aboard Patrica Cam, on 22 January 1943. Also the Beattie and the Cam families importance to NSW Central Coast’s Brisbane Water heritage and its once thriving shipbuilding industry.
2.30 pm
Jane Smith, Mayor of Gosford to unveil the plaque
At Palermo Park, where the only archaeological evidence of the once numerous Brisbane Water slipways were, a ceremony will occur to unveil the model of Pat Cam as a
prelude to the unveiling of a plaque that has been specially cast in the N.T. for installation. From this day Palermo Park and the Beatties contribution to shipbuilding
will become part of the Rotary Club of Kincumber’s Shipbuilders Memorial.
Thank you to Mitre 10 Kincumber for supplying and erecting marquees and Daleys Kitchen Cafe who will stay open especially for afternoon tea after the unveiling (at your own expense). https://daleyskitchen.com.au.

HISTORY OF THE PATRICIA CAM
The story begins about 35 kms by sea, north of the Sydney Harbour, on the NSW Central Coast’s Brisbane Water. In 1940, at his shipyard, Palermo, Daleys Point, Gordon Beattie launched a vessel he constructed for Cam and Sons Pty Ltd of Pyrmont. The vessel was named Patricia Cam and registered as a collier, it operated between Lake Macquarie and Sydney.
Pat Cam had a career change after Japan entered WWII, in 1942, being requisitioned by the Royal Australian Navy and stationed at Darwin as a general purpose vessel.
The story comes to an abrupt end on the 22 January 1943 when en-route to supply Australian Coast Watchers, Pat Cam, was attacked and sunk by a Japanese sea-plane.
The story gains a new life when Mike Owen and other dedicated Territorians found a ships knee, believed to be from Pat Cam. They then had a Commemoration Plaque placed in Eastern Arnhem Land near the site of the sinking.
Meanwhile around the Brisbane Water NSW, a group of historians, retired maritime professionals, and artisans commenced the planning and building of a 1:50 scale model of Pat Cam.
ERINA FAIR 30TH BIRTHDAY
​A/V PRESENTATIONS AND HISTORY DISPLAY - 24TH TO 31ST AUGUST 2017
MODELS AND DIORAMAS ON DISPLAY
In partnership with the Central Coast Historical models the following were displayed:
A/V PRESENTATION TO WYONG FAMILY HISTORY GROUP - NOVEMBER 12th 2016 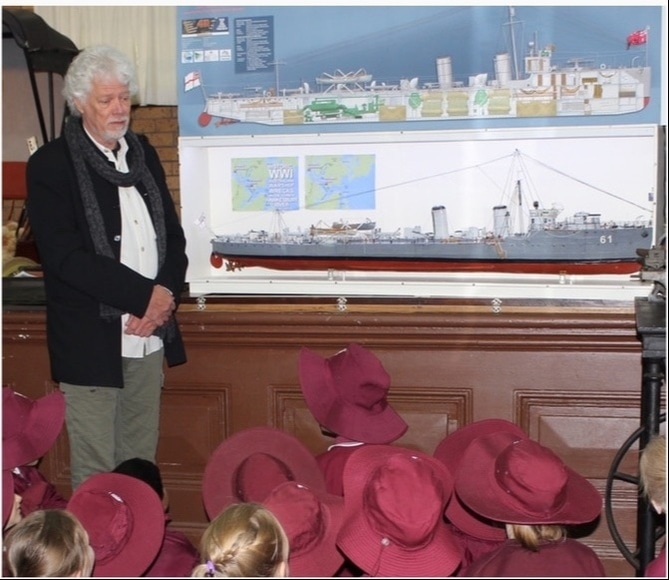 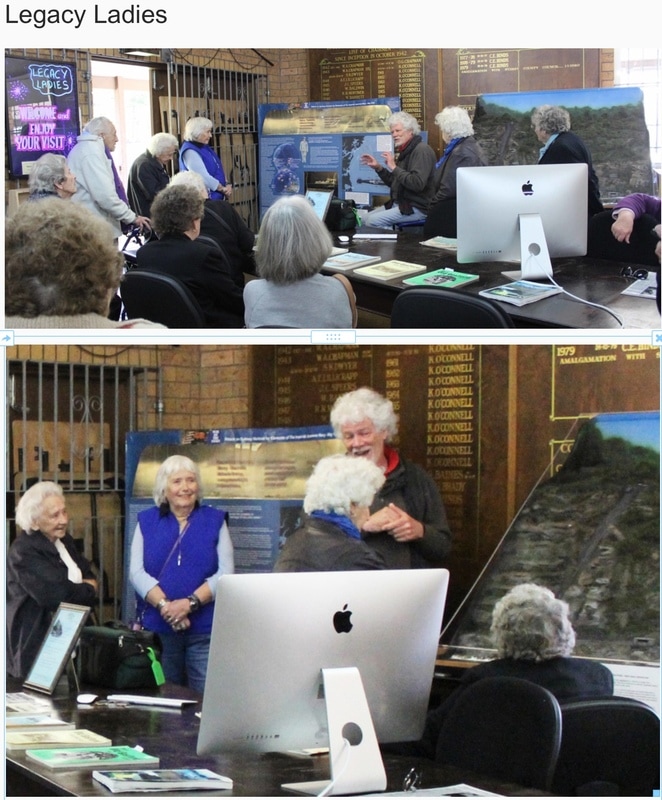 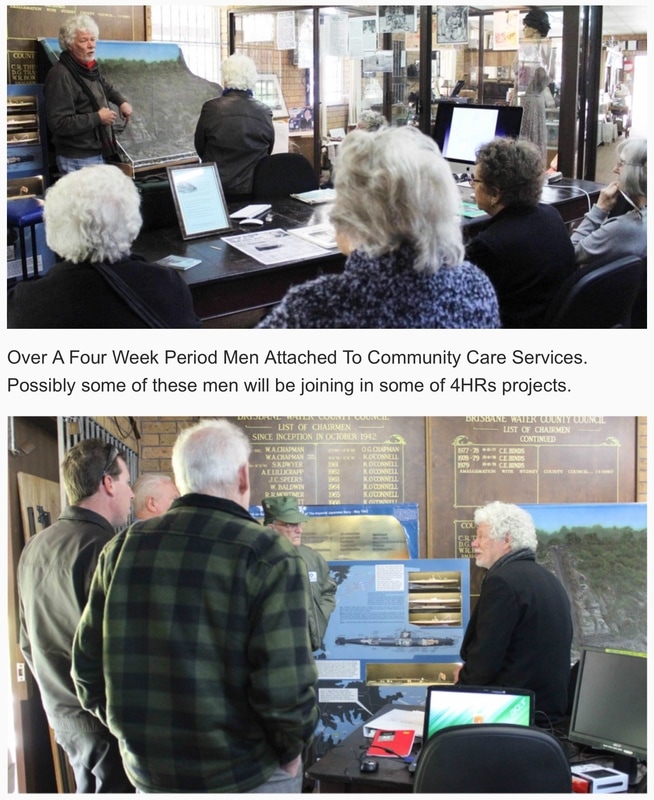 DISPLAY OF SCALE MODELS - BREAKERS COUNTRY CLUB
FROM MONDAY APRIL 20th TO APRIL 27TH 2015
Form April 20 to April 27 at the Breakers Country Club, Wamberal. 4HR will join other exhibitors. Most of 4HR's projects will be on display; West Head Battery, Submarines Off The Coast, HMAS Swan and HMAS Sydney.
A years solid work has gone into these exhibitions with the support of Gosford City Council Community Grants Program. More...

4HR TAKES ON A MAJOR ROLE IN A NEW REGIONAL TOURISM PUSH.
In conjunction with the Central Coast Inter-Active War Museum, 4HR invited 40 people from Local Government, the tourism Industry and various aspects of local History/Heritage to a dinner/networking/strategy night.
Following this very successful first steep further initiatives are being planned.   See 'Local News' ​
PRESENTATION - MODELS AND GRAPHICS ON DISPLAY 2015
4HR's models of HMAS Swan, HMAS Sydney, SMS Emden and associated graphics will be on display at the Central Coast Marine Discovery Centre (CCMDC) for a few weeks from Sunday, 24 May 2015. This will support an Australian Maritime Museum exhibition currently at the CCMDC. 4HR will also be providing a public presentation at the CCMDC (date TBA).
The 4HR models and some of the graphics will then go on loan to Henry Kendall Cottage & Museum where 4HR will have a representative most Wednesdays & Sundays. Leave your details via 'CONTACT US' and we will provide a date for the CCMDC presentation when it is finalised.
Display - Diorama of models 'Submarines off the Coast'
at the Kincumber School of Arts Hall 'Rescuing the Past' event….
in Celebration of 100 Years of Kincumber School of Arts
Free Entry to Exhibition
Saturday 4th October 2014  - 10am to 4pm
Sunday 5th October 2014  - 10am to 4pm
Monday 6th October 2014 - 10am to 4pm
Centenary Kincumber School of Arts
Cnr Empire Bay Drive and Tora Avenue, Kincumber
Presentation by Peter Rea on various subjects of research undertaken by 4HR in relation to WWII:
Central Coast Family History Society Inc.
Date: 4th October 2014​
Time: 1pm
8 Russell Drysdale Street,
East Gosford
Phone 4324 5164
24 DECEMBER 2014
Founding announced from Federal Anzac Centenary Grant, to cover materials for building a number of exhibition subjects relating to WWI.
DISPLAY - Sydney 'Japanese Submarine Attack' Display at West Gosford RSL Club for Anzac Day 2014 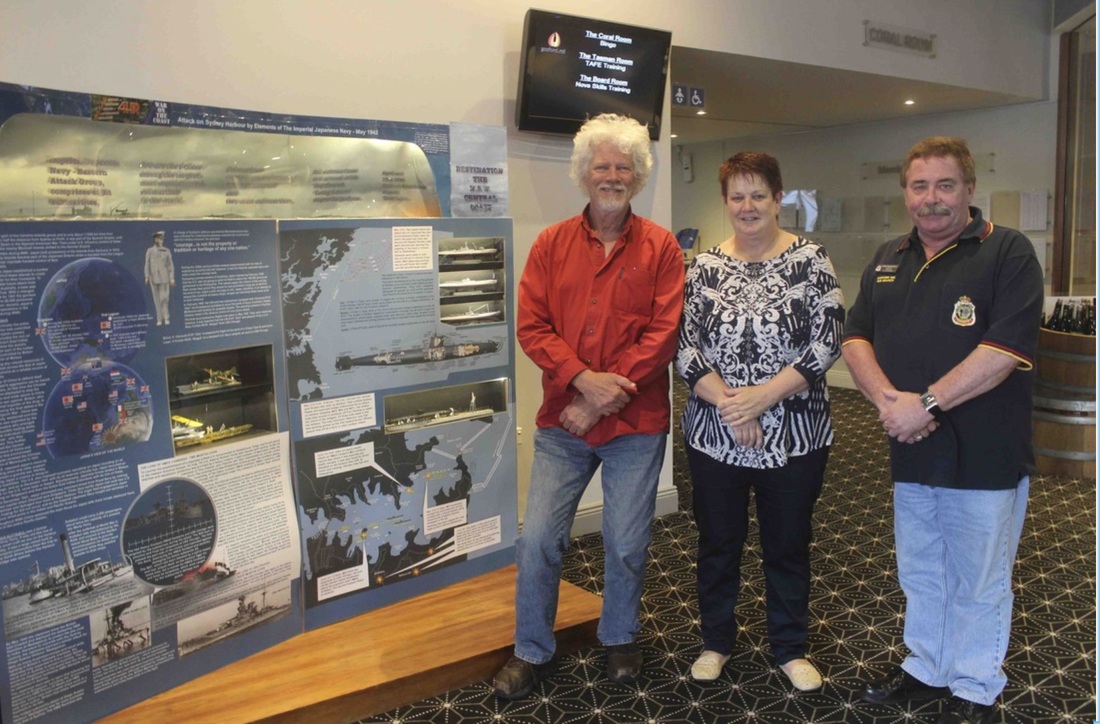